Following the hard work in the past one year since Kazal decided for the international expansion, a very important day in Kazal history has arrived. We are proudly announcing the inauguration of the very first Kazal kinderpitches abroad, namely in Albania, in two kindergartens of the Municipality of Tirana.

The Kazal Project started in Hungary in 2010 with two pilot projects. In 2011 Jenő Buzánszky, the legendary right back of the Hungarian National Golden Football Team established the Kindergarten-Sport Public Benefit Foundation for the sake of countrywide implementation. The Kazal Project itself is not just the kinderpitch or the funpitch. It includes the supplies set and the special metholdology created for the kids of kindergarten age. For each sportart a separated education booklet is created. That's why Kazal is not just for football, it's multifunctional.

Another important milestone in the Kazal history is 2016, when Ka2al decided for the international expansion. In 2017 this dream also became reality with the very first two kinderpitches installed in Albania.

The first two installations were accomplished thanks to the Foundation of Lorik Cana, the Albanian national team's most capped player of all times and to Erion Veliaj, Mayor of Tirana. Lorik, who played for Paris Saint-German, Sunderland, Galatasaray, Lazio, FC Nantes and captained Olimpique Marseille just like the Albanian national team retired last summer after participating on Albania's first major tournament, the UEFA EURO. Following his retirement he was seeking a Project with which he can give the most to the children. He decided to establish the Lorik Cana 5 Foundation and to extend the Kazal initiative to Albania, Kosovo, Macedonia and Montenegro.

The Kazal kinderpitch inaugurated on 5th June 2017 at the Xixellonja Kindergarten of Tirana was financed by the Lorik Cana 5 Foundation with the support of the Municipality of Tirana. The pitch was inaugurated by Erion Veliaj and Lorik Cana. On this event the most important Albanian media platforms gathered together including the national TV channels.

The Kazal kinderpitch inaugurated on 6th June 2017 at the Heidi Kindergarten is installed thanks to Hungarian companies' donations. On this formal event, His Excellency, Dr. Szabolcs Varga, Deputy Ambassador of the Hungarian Embassy of Tirana was present with Arber Mazniku, Deputy Mayor of Tirana.

In his speech, the Deputy Ambassador expressed that Hungary is welcoming initiatives like the Kazal Project and the Embassy itself is supporting the expansion of Hungarian companies to Albania.

Arber Mazniku emphasized the importance of sport and physical education at pre-school age confirming that the infrastructure in Albania is unfortunately very poor. He thanked the Hungarian companies, especially Kazal manufacturer Global Sport for donating the kinderpitch to the Heidi Kindergarten.

Dr. Andrea Molnár, President of the Kindergarten-Sport Public Benefit Foundation was touched to inaugurate the pitch that symbolises the Albanian-Hungarian friendship. She quoted Ernest Renan who said that "The nation is the common memory of the past and common plan for the future."  Following her speech she officially overgave the heritage of Jenő Buzánszky to Lorik Cana together with Jenő Buzánszky jr.

Lorik Cana overtook the heritage and in his bilingual speech he assured the guests that the Kazal initiative will be continued by his Foundation. 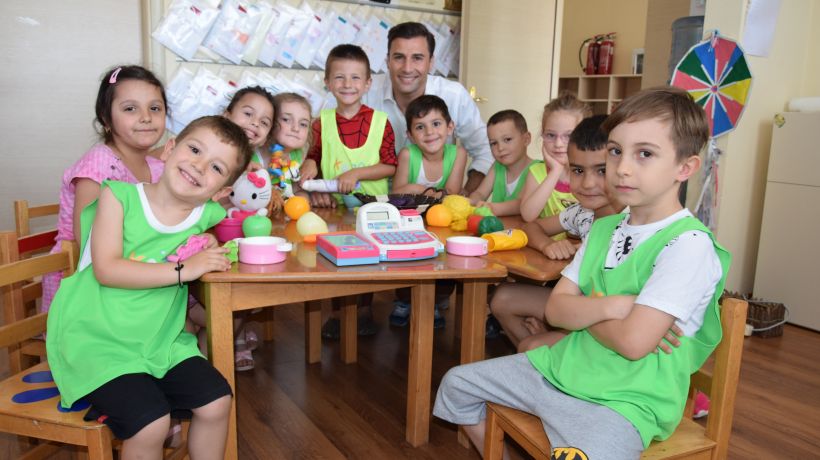 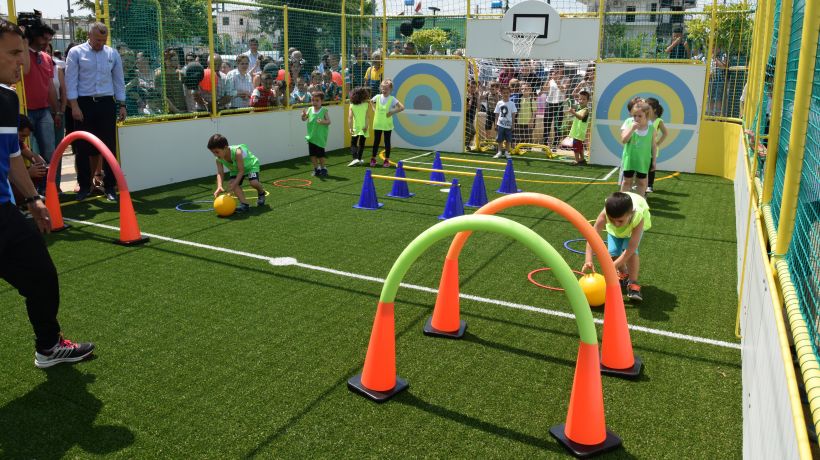 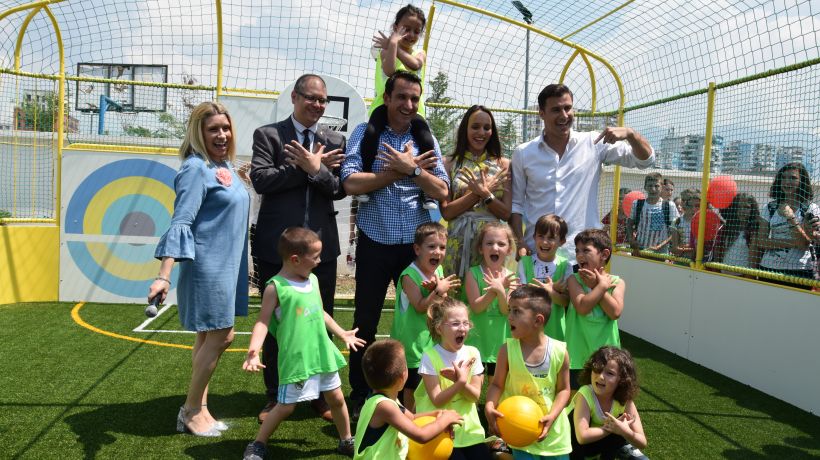 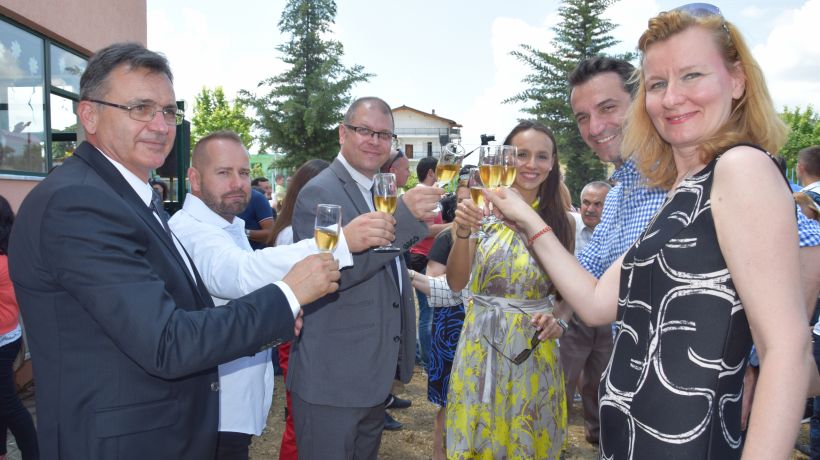 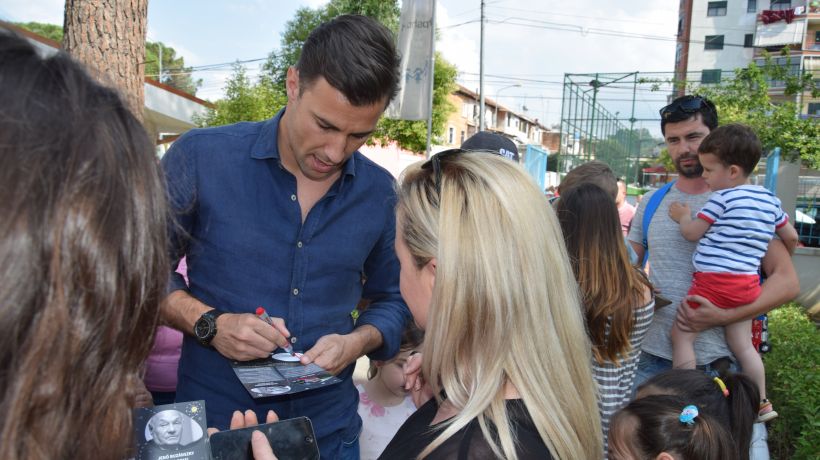 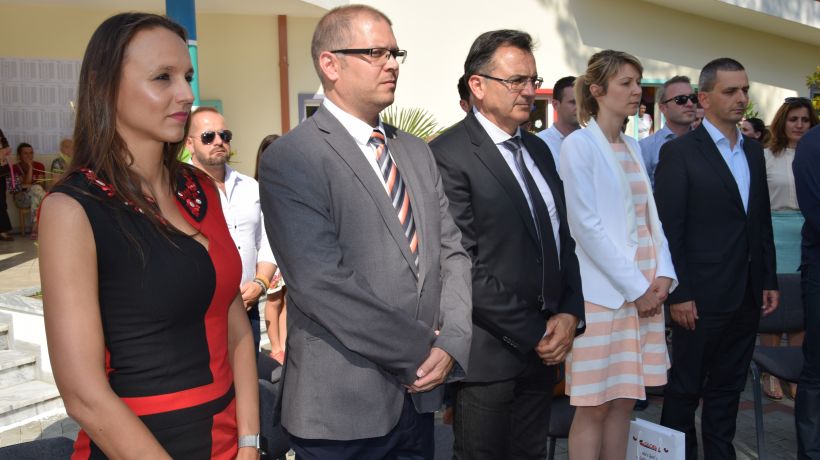 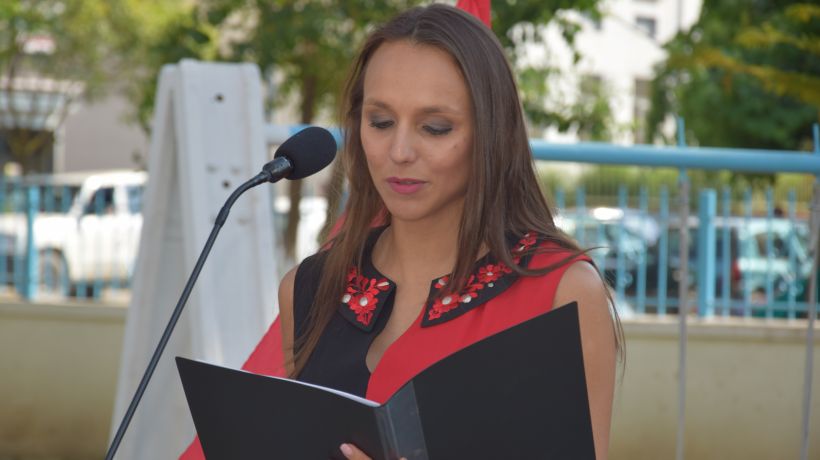 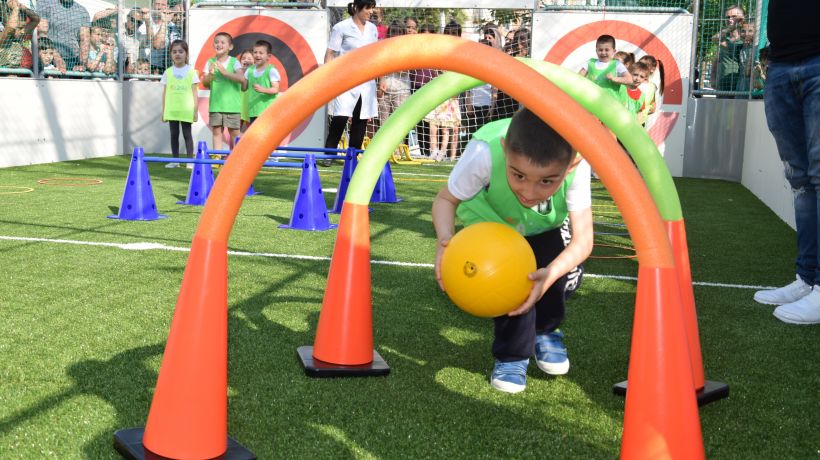 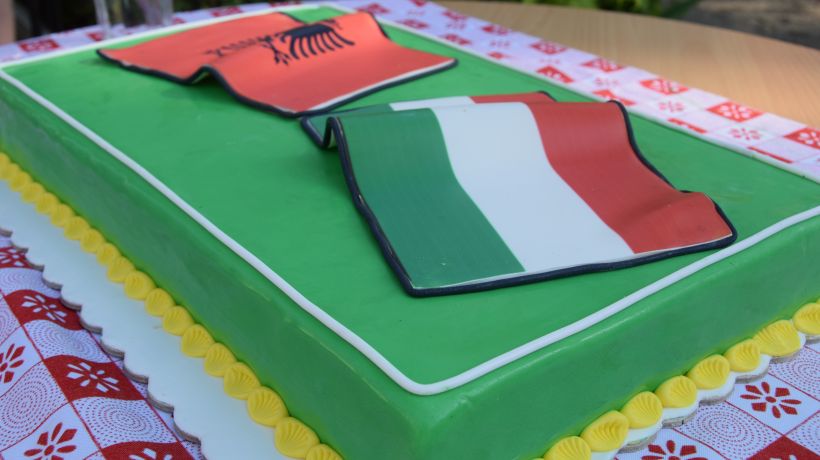